Clarity Laser Vision has the marked advantage of having an experienced corneal and refractive surgery specialist as the medical director; Dr. Al-Ghoul has selected the best diagnostic and therapeutic technologies from leading manufacturers around the world to achieve a fully customized and perfectly integrated system for treatment. He traveled personally to various manufacturing facilities around the world to ensure that the technology he selected is in true alignment with the highest standards Clarity adheres to. At Clarity Laser Vision, every patient will be operated on using only the most advanced cutting-edge and clinically-proven technologies that are fully integrated to ensure maximum success.

It is important to remember that when it comes to any field in medicine, no single company can claim to be the best in all aspects of that particular field. For that reason, Dr. Al-Ghoul hand-picked specific technologies that proved themselves to be the best in the field of corrective eye surgery and are in full alignment to ensure our “No Compromise” philosophy is applied to everything we do. 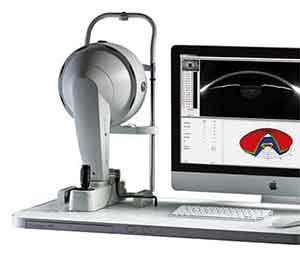 The Pentacam from Oculus is an advanced corneal diagnostic system. It has a proven track record of being extremely sensitive at detecting any subtle abnormalities of the cornea. By using such advanced technologies, we are able to carefully screen every patient who is considering corrective eye surgery. 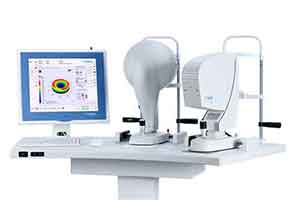 The Sirius from Schwind eye-tech-solutions is an advanced corneal imaging system. It combines Scheimpflug principles with Placido disc technology to add an extra level of screening to the cornea to ensure patients are truly excellent candidates for corrective eye surgery. 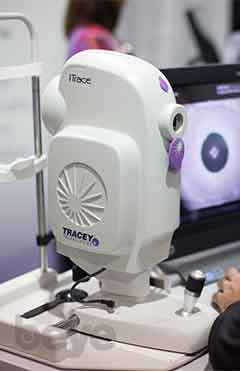 The iTrace from Tracey Technologies is one of the most advanced aberrometry systems in the industry. It combines Placido disc corneal imaging with ray tracing technology to allow us to measure a patient’s refractive error and entire visual pathway in incredibly small and precise increments. This allows us to ensure no ocular abnormalities are detected for patients interested in corrective eye surgery.

The Avanti OCT system from Optovue is one of the most precise OCT systems in the industry. Its ability to screen the cornea, macula and optic nerve at the micron level allows us to ensure our patients are truly carefully selected and screened prior to corrective eye surgery. 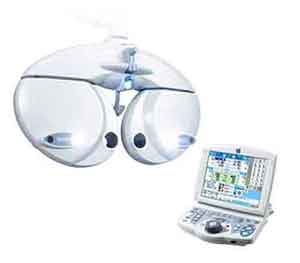 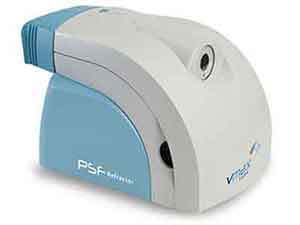 The PSF Refractor from Vmax Vision is a breakthrough in subjective refraction that delivers a more accurate refraction based on Point Spread Function principles. The PSF Refractor ensures that better vision is achieved after laser treatment from refraction data measured in 0.05D increments – five times more precise than the typical phoropter’s 0.25D measurement increments. This ability to measure and treat the refractive error in such small increments is unique to Clarity Laser Vision. Most laser systems are only able to correct your vision in 0.25 increments because either the laser system or the diagnostic technologies with it are not designed to be this precise. At Clarity Laser Vision, we have a proven track record in correcting vision using 0.05 diopter increments with tremendous success for our patients. 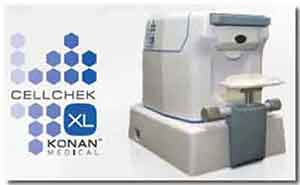 Our Specular Microscopy system (or “Spec Mic”) from Konan, a leading company in endothelial analysis, provides an image of the corneal endothelium, the inner layer of the cornea made up of tiny cells. These cells can be visualized, counted, and analyzed for shape and size to aid in determining the health of the endothelium and the overall cornea. This test is really important to make sure your cornea is suitable to have any corrective eye surgery. 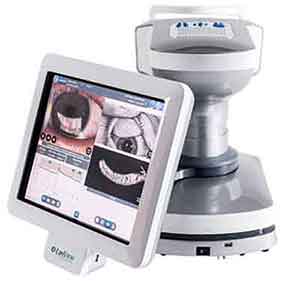 The Lipiview system from Johnson and Johnson is considered the gold standard in screening for dry eye disease. We use this technology to screen our patients prior to refractive surgery so as to better prepare them for corrective surgery. 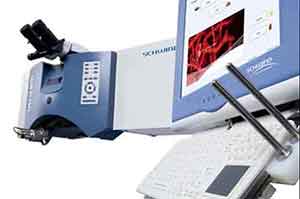 Clarity’s Schwind Amaris laser system from Schwind eye-tech-solutions is the first 6th generation excimer in Southern Alberta, making it one of the most advanced excimer technologies available. Not only does it operate with a pulse frequency of 750hz for an incredibly quick and precise treatment, but its laser beam also currently has the smallest spot size in the world, allowing it to sculpt the cornea in the most precise way possible.

The eye makes a lot of rapid, small movements, even during laser eye surgery; so, when it comes to laser eye technology, it’s essential to have a superior eye tracking system. The Schwind Amaris tracks the position of the eye an unbelievable 1050 times per second, but more importantly, it has the capability to proficiently track eye movements in six dimensions, more than any other laser eye technology in the world.

The Schwind Amaris also allows Clarity Laser Vision to perform TSA, aka TRANSEPITHELIAL PRK. TSA is proven to be the most advanced and safest PRK technique available in the industry. Also known as surface ablation, the Schwind Amaris performs the first step of PRK using only a laser, thus speeding up the treatment, lowering risks associated with traditional PRK, and leading to faster recoveries. In keeping up with our passion for clinically-proven laser eye technology, Clarity Laser Vision utilizes the Schwind Amaris because various clinical trials have shown its superior efficiency, safety, and results when compared to other laser systems. 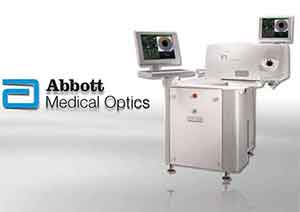 Dr. Al-Ghoul has experience using only the most advanced techniques that improve upon traditional methods in terms of safety and recovery; that’s why we only use femtosecond lasers to create the flaps for LASIK surgeries. In addition, Clarity Laser Vision uses the IFS Advanced Femtosecond Laser from Abbott Vision, which is the most proven femtosecond laser system to date. The IFS Intralase allows Dr. Al-Ghoul to perform Sub-Bowman’s Keratomileusis (SBK), a type of flap creation that results in thinner flaps than traditional LASIK methods. The thinner flap can reduce the occurrence of dry eyes and allows for a more stable structure for the cornea, while the “inverted bevel-in side cutdesign” of flaps created by SBK strengthens the sealing of the flap. 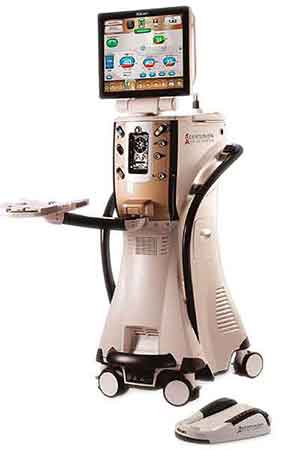 The Infinity and Centurion Phacoemulsification systems from Alcon are the most proven platforms in the field of REFRAC-TIVE LENS EXCHANGE and PHAKIC IOL insertions. With a proven track record of anterior chamber stability, minimal en-ergy consumption, and intra-operative machine reliability, the Infinity and Centurion platforms are the machines of choice for surgeons at Clarity Laser Vision as they truly deliver consistent outcomes for our patients. 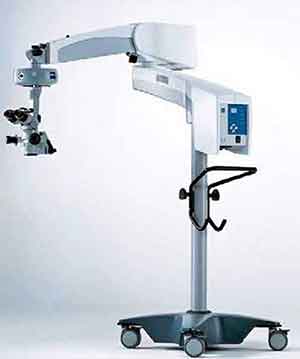 The ZEISS microscope is considered the gold standard for doing intraocular procedures such as ICL and RLE procedures. ZEISS is a world-wide brand known for delivering incredible optical clarity with all their devices.